WA-527-P covers a large area of 6,580 km2 in water depths ranging between 65-170m. The permit is under-explored, being covered by a broad grid of 2D seismic data of varying vintages, and currently has no exploration wells.

WA-527-P is located to the east of a series of recent oil and gas discoveries which have uncovered a new petroleum province. These discoveries were made during the 2014-2016 exploration campaign led by the Quadrant Joint Venture. They indicate that the Roebuck Basin is a significant petroleum province which opens-up the potential for success in nearby areas. 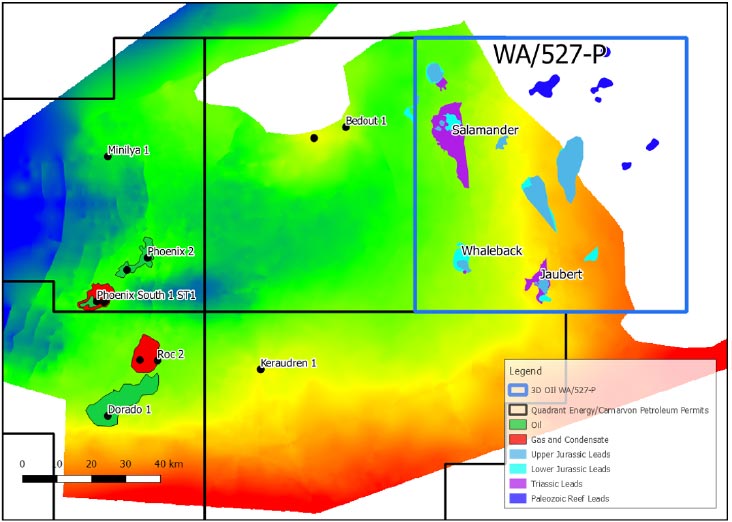 The Roebuck Basin is located on the North West Shelf between the Carnarvon and Browse basins. Within the Roebuck Basin, the Bedout Sub-basin is an ENE-WSW trending depocenter that covers an area of approximately 38,000km2. The sub-basin is filled with Paleozoic intracratonic rift sediments, overlain by Mesozoic regional sag fill that thins and onlaps the Paleozoic towards the southeast.

The basin is a frontier area that has been sparsely explored due to disappointing early exploration results that downgraded the basin’s prospectivity. Seismic exploration began in the late 1960s, culminating in the first exploration drilling between 1971 and 1974, which included Bedout-1, Keraudren-1 and Minilya-1. Subsequent exploration drilling occurred between 1980 and 1983, resulting in sub-economic gas discoveries at Phoenix-1 and Pheonix-2 and a dry hole at Lagrange-1.

Some 30 years later, after a significant gap in exploration in the area, Carnarvon/Finder was awarded acreage in the 2008 release and acquired the Pheonix 3D Marine Seismic Survey. Leveraging this new dataset, two wells were drilled and Phoenix South-1 (2014) discovered 4 independent oil columns within the Barret sandstones, followed by gas-condensate in the Caley sandstones at Roc-1 (2015).

Despite this success, Dorado-1 was nothing short of a game changer and has completely changed the outlook on prospectivity within the Bedout Sub-basin, having encountered the largest oil discovery on the North West Shelf in 30 years within the Caley sandstones. This well is particularly significant for several reasons. It opened a new play concept where lateral seal is formed by thick Hove shales deposited within incised valleys. The discovery also confirmed excellent reservoir quality up-dip within the Caley, but also the potential of the Baxter, Crespin and Milne reservoirs, which host gas-condensate at Dorado.

The highly successful Dorado-2 appraisal well in June 2019 showed that the field is larger than anticipated, confirmed the geological model and hydrocarbon phases, and confirmed that all reservoirs are in pressure communication. The Dorado-3 appraisal well has been spud at this time.

The approved minimum work programme is as shown below. 3D Oil submitted the Environmental Plan for the Sauropod 3D Marine Seismic Survey (minimum 510km2) in July 2019 and are currently awaiting feedback from NOPSEMA. Acquisition is anticipated to occur in Q1 2020. 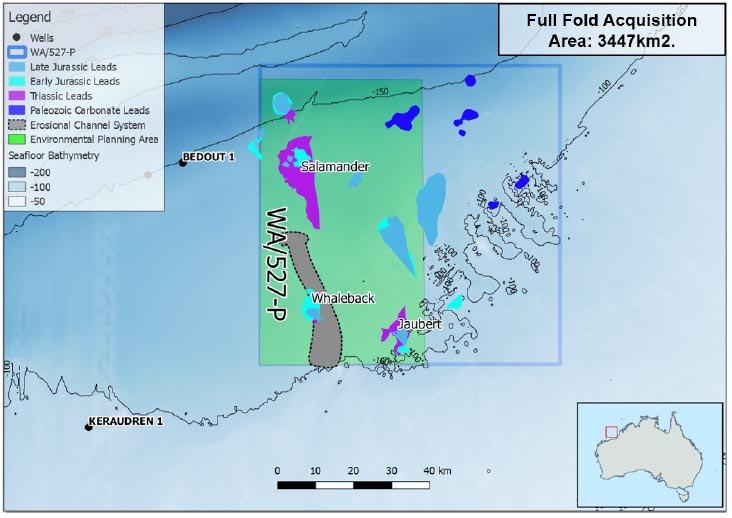 The initial evaluation of WA-527-P included a review and interpretation of both open-file and licenced seismic data followed by a full petroleum systems analysis. The results of this initial work indicate that the petroleum system uncovered by the nearby recent discoveries is likely to be present within WA-527-P.

Ongoing geophysical evaluation has revealed the potential for multiple oil leads within the prospective Triassic section of the western side of the permit. Recent reprocessing of existing 2D seismic has provided an uplift in image quality and supports the presence of channel features within this area that are analogous to the trapping configuration at Dorado Field.

These leads will be the focus of the Sauropod 3D Marine Seismic Survey, which will assist the company in fully evaluating the potential of the Dorado play within the permit. The survey will also assist with the delineation of additional drillable prospects with commercial oil volumes.

The results of the latest drilling programs at Dorado have important implications for the prospectivity within WA-527-P. The permit hosts the same Triassic play concept, where channel incisions have been identified on the latest reprocessed seismic. The acquisition of the Sauropod 3D Marine Seismic Survey will allow the company to fully evaluate this play. 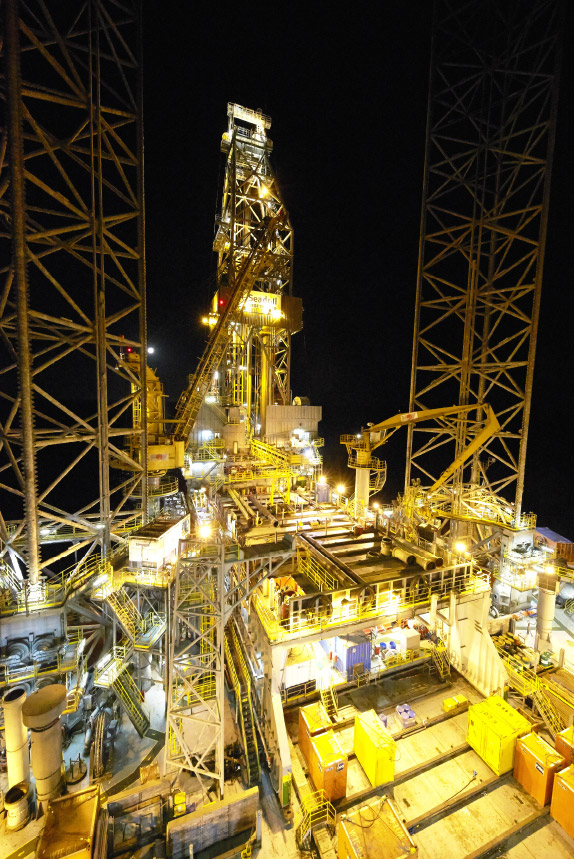