VIC/P74 covers an area of 1006km2 in shallow waters (45-75m) of the southern offshore Gippsland Basin and is located adjacent to the largest oil field in Australia, Kingfish Field, as well as the Bream and Luderick gas fields.

Geologically the permit lies on the southern flank of the Central Deep and straddles the Southern Strzelecki Terrace, defined by the Darriman Fault System. The Golden Beach and Emperor Sub-groups form important plays north of the Southern Terrace, hosting a gas-condensate discovery at Omeo Field, but pinch-out onto the Southern Terrace. 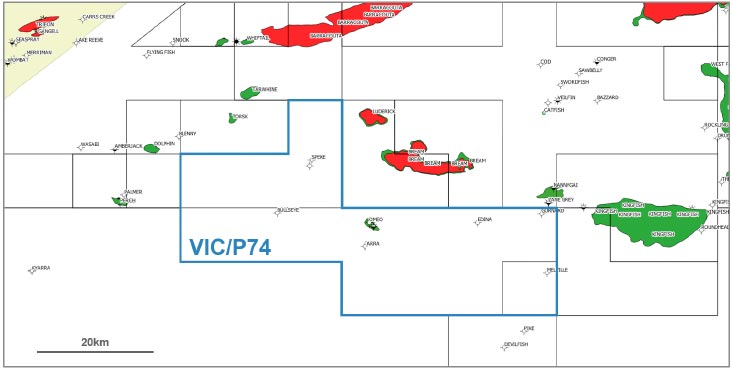 Under previous titles the area has had a significant exploration history, including 2D and 3D seismic programs and nine exploration wells. There have been several exploration phases governed by changes in technology.

Early local discoveries in the 1960s include Kingfish and Bream, prominent four-way closures at top Latrobe associated with inversion anticlines. These fields were located using low fold 2D seismic, however, improvements in seismic imaging and the availability of 3D seismic datasets have led to smaller local discoveries and the recognition of opportunities within Intra-Latrobe plays.

The successful anticlinal inversion closures do not extend into VIC/P74, which hosts comparatively subtle structural traps at Intra-Latrobe levels. Omeo-1 discovered oil and gas within the permit in 1982 within a fault closure at Golden Beach and Emperor Sub-groups. However, the ability to resolve complex structural trapping configurations on existing datasets was highlighted by the failure of Omeo-2, which did not encounter the target interval.

The acquisition of modern 3D seismic culminated in the drilling of the Zane Grey-1 gas condensate discovery in 2005, hosting limited pay just outside the permit and up-dip of Nannygai-1. Subsequently, Speke South-1 in 2008 located trace shows but failed due to a lack of intraformational seal development.

Post drill evaluations have highlighted that many of the wells in-permit have failed due to doubtful depth closures, caused by problematic depth conversion associated with shallow seismic velocity anomalies.

Existing wells have highlighted the presence of a working petroleum system within VIC/P74. Shows have been detected within the permit at Melville-1 and Speke South-1, and Omeo-1 identified a gas/condensate discovery.

Omeo-1 targeted a downthrown fault closure within the Latrobe Group, relying on cross-fault seal with the Strzelecki Group and thin fluvio-deltaic to marsh shale and coal top seal facies. The well intersected several gas zones associated with oil or condensate.

Based on petrophysics over 33m of net gas pay is interpreted across multiple zones across the interval 2845-3137m RKB.

The current work program for VIC/P74 is based on the company’s understanding of the regional prospectivity in the area, namely that reservoir, seal and charge have been proven by existing wells. Valid traps have previously been difficult to locate due to inadequate seismic resolution at Intra-Latrobe levels, in conjunction with severe depth conversion issues associated with shallow seismic velocity complexities. .

The latest state-of-the-art 3D seismic is available over the permit as part of the CGG Gippsland Regeneration Reprocessing project. This reprocessed dataset is currently being used in VIC/P57 and has delivered a significant uplift in imaging quality and accuracy of depth conversion methods. The purchasing and interpretation of this dataset forms a crucial component of the VIC/P74work program. 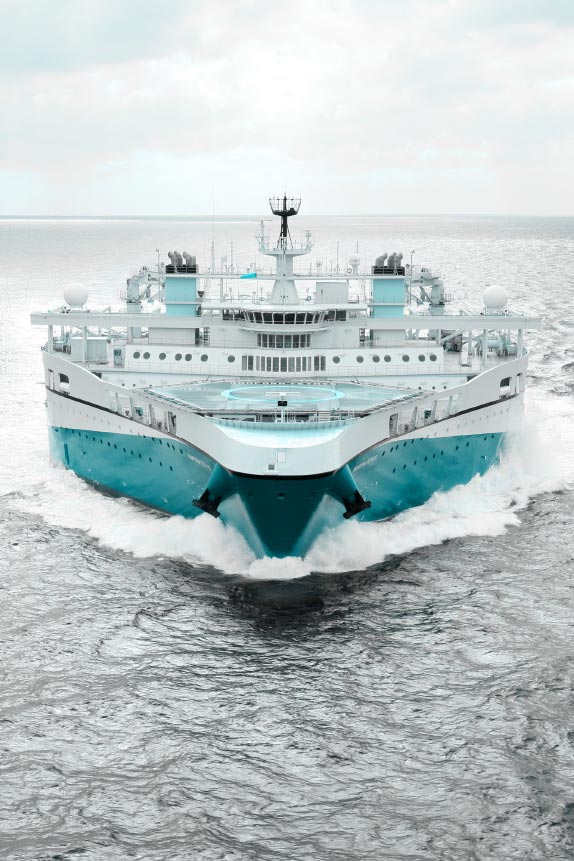