3D Oil Limited was incorporated in July 2003 and listed on the Australian Stock Exchange (ASX) on 22nd May 2007.

The formation of 3D Oil Limited (ASX: TDO) was motivated by an initial focus on the Gippsland Basin, which has been one of the most prolific oil and gas producing region in Australia. The Company’s strategy is to target a combination of favourable technical and commercial considerations and exploit niche positions, particularly in Eastern Australia.

The Company currently has interests in exploration permits in the offshore Gippsland and Otway Basins of South East Australia, as well as the significant new petroleum province within the Bedout Sub-basin of the Northwest Shelf.

The Company’s focus on exploration in offshore Southeast Australia has led to the recent award of VIC/P74 in the Gippsland Basin as part of the 2018 Offshore Acreage Release. The work program will focus on mapping newly available state-of-the-art seismic (a subset of the CGG Gippsland Regeneration Reprocessing project) and hopes to overcome severe depth conversion issues that have hampered previous drilling efforts to date.

T/49P is located in the highly prospective and under-explored offshore Otway Basin. The company acquired 3D seismic over Flanagan in the north of the permit in 2014, progressing the prospect to drill-ready status. Flanagan Prospect has a Prospective Resource of 1380 BCF (best estimate) and is located proximal to the producing Thylacine Field.

3D Oil has recently received approval for an Environmental Plan to shoot the Dorrigo 3D MSS over the central and southern areas of T/49P. This survey will enable the company to fully evaluate large leads identified on existing 2D seismic and will aid in the development of a prospect seriatim and selection of a suitable drill target. The company strategically diversified its operational area in 2017 with the award of WA-527-P in the Bedout Sub-basin, having recognised the potential prospectivity of the area. The drilling of the Dorado-1 well in 2018 has opened-up a new significant petroleum province adjacent to WA-527-P. 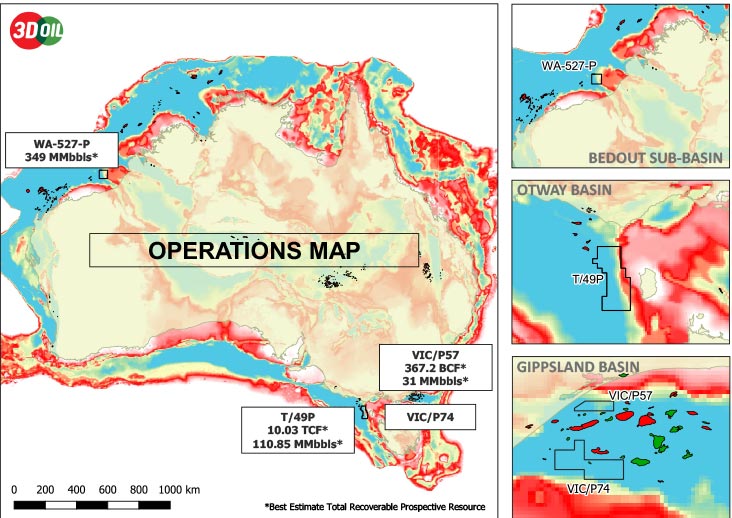 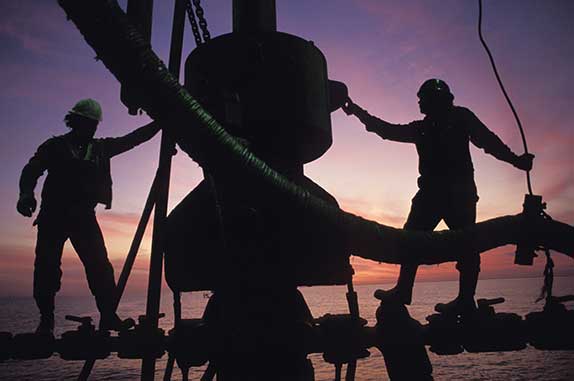